Happy Anniversary to Us

It's amazing how time flies. A good example of this is, yesterday my little boy turned one...Crazy I know, but I'm not here to talk about him today. A little over a week ago Caleb and I celebrated our 4th anniversary. I really just can't believe it. It's just flown by and has been wonderful and amazing. He's my bestfriend, and I can't imagine life without him.

Ok, that's enough of the ushy gushy stuff, lest get the good stuff, the real reason I am talking with you about our anniversary.

Well, out of all four anniversary's that we have had we never really planned anything special. Usually it has been me cooking a nice meal and us hangin' out at the house, or last year since I was about to pop, we went out to eat cause I really didn't want to do any cooking!

So about a month ago I found out that the "Lion King" off Broadway was preforming in Wichita. I have always wanted to see it. I really wanted to go to New York City, but I'm not sure that will actually ever happen, so I did some begging and finally got Caleb talked into going out to see it on our actual anniversary.

It's about a 2 hour trip out there and we were gonna eat out before going and we were going to the 7:30 showing.  My plan was to leave between 1 and 2.  That way I could do a little shopping. Well here's the problem, I had a plan. You might think I would have learned, after almost 30 years of being on a farm, not to make a plan cause everything goes wrong when I do.

Side note - yes I said almost 30 years...I have less than two months, but I'm not there yet. lol

Anyways back to my story.

Well after running some errands in the morning and then dropping Chester of and Grandma's house, we were heading back to the house to get ready to go we noticed a cow out in one of our pastures that looked like she was dead...

First we are thinking "oh crap" cause a) we hate loosing an animal's and b) because we didn't want to mess with it right now.

Don't these cows know that I have a tickets to the "Lion King"? I don't have time to mess with a dead cow.....grrr!


Well good news after headin' out to check on her we found that she was just laying funny and was up and doin' fine by the time we got out to her.

While we were out there I had Caleb go look at the neighbor's cow that was out in our pasture, cause Caleb thought it was a bull and I said it was a cow and I wanted to prove I was right...

While looking at her we discovered we didn't have just one of the neighbors cows in the pasture but we had two cows and a calf. We thought it would be a good idea to try and push the cows and calf back towards their pasture in hopes they would go back in where they got out, that's when we discovered the hole.

Well after discovering this we decide to run back to the house and get the 4-wheeler (cause the calf was kinda crazy acting and didn't want to go in with just the truck) as well as all the fencing supplies.

So we get things loaded up and head back over there and push the critters in without any problems.

At this point my belly is in knots, because.....

-I'm hungry, it's past 1 pm and I haven't eaten.
-I'm anxious about getting this fence fixed and getting to Wichita in time to eat and go to the show.
-I keep thinking I still need to shower and shave my legs so I can wear this cute dress I have.

Caleb goes for the "fix it right" choice which I know is the best thing to do, but my mind keeps going back to me getting to wear my cute dress and that I still need to shower and shave and then I will have blow dry and fix my hair and maybe I should just wear jeans and a tank-top, throw my hair in a wet messy bun, and not worry about shaving, so we can make it out there in time to eat, get parked and see the show....

Just so you know, most decisions I make revolve around my stomach. 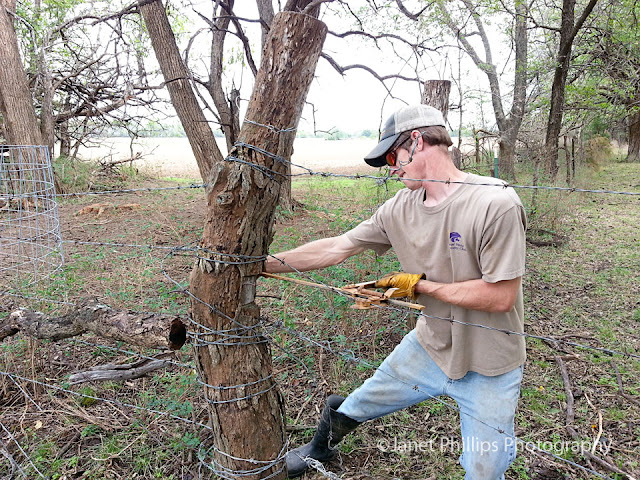 So to work, we must go....and by we I mean mostly Caleb. I did a little bit, but mostly waited till he got the wire all stretched and then started hooking it back to the fence post's While we were working the ladies we had just gotten in came back with a friend to show her the the hole, only to find the wires stretched up so they couldn't get through. 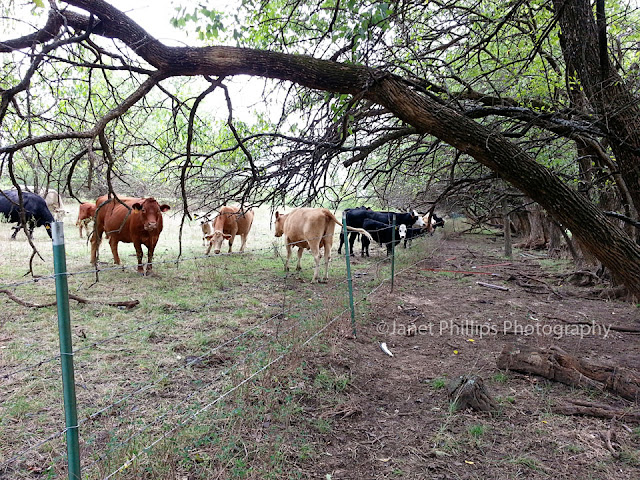 A little later the rest of the heard came to see what was going on and inspect the fence to see if they can get through it. 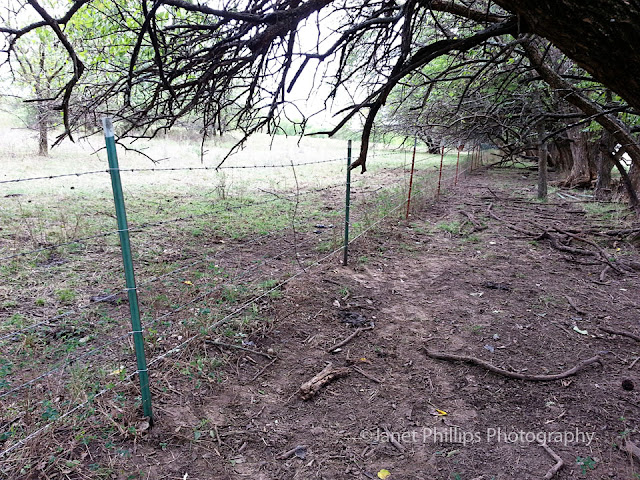 Finally we got it all up and finished. Before we started all the wires were about as high as the bottom wire. 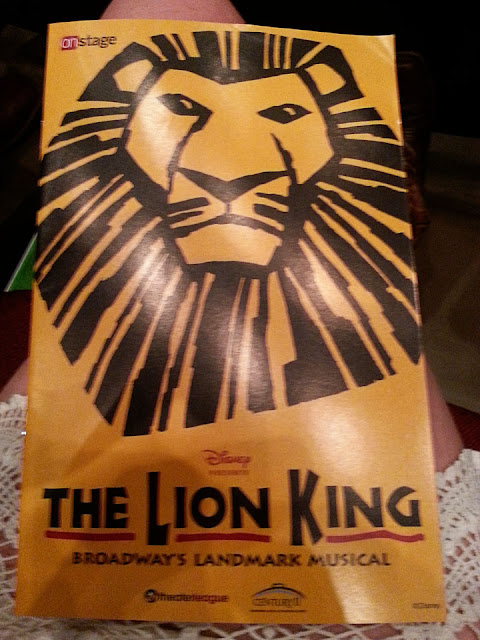 When it was all said and done we did get to make it to "The Lion King", and it was wonderful! I LOVE it, and Caleb really enjoyed it too....and that's sayin' something. :)

Also I got to eat, but not after having to send my steak back because my medium-rare steak came out medium-well, and that's not ok with me, especially when I am payin' almost $20 for it! 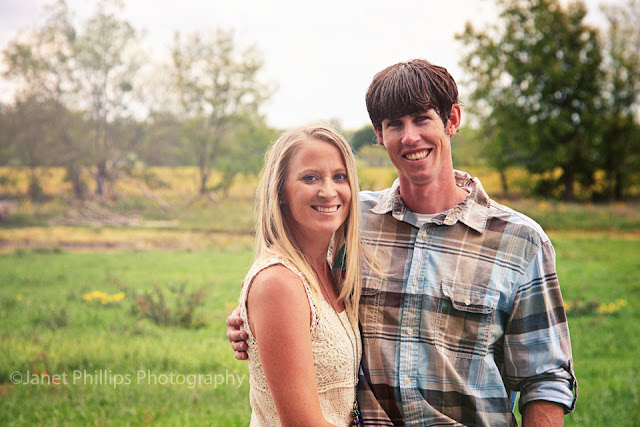 Oh, and I got to shower, fix my hair, and 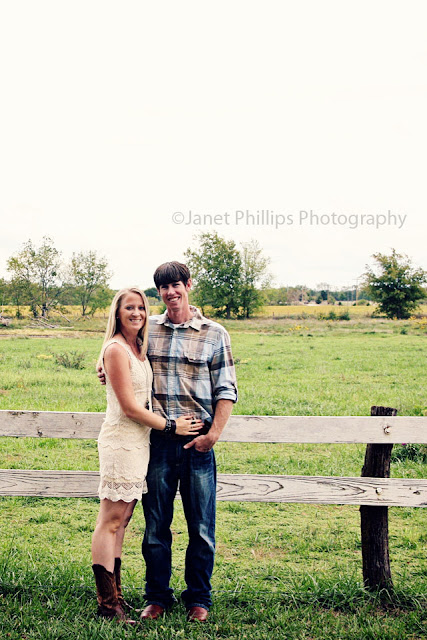 Even shave so I could wear my cute little dress.