Last Thursday Caleb and I headed south to Tulsa to see some of our good friends. Caleb's college roommate Jason and his wife Kelly were in Tulsa for the weekend for a friends wedding. They live out in Denver, CO, so since we hadn't seen them in almost a year and they were so close we thought that we would head down and hang out with them for the afternoon. 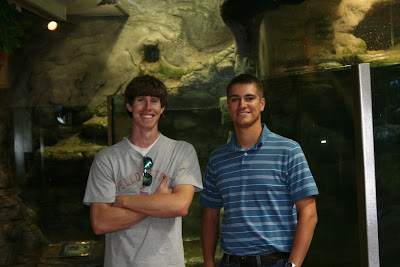 After eating some delicious burgers at a Red Robin we went over the the Oklahoma State Aquarium and got to see some cool fishies!! 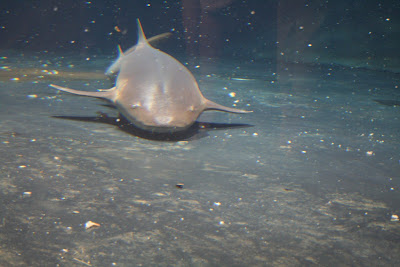 Our first stop when we got there was the shark tank....it was feeding time....and we were glad it wasn't us!! I don't know for sure what kind of shark this one but we called it a catfish one cause it had a couple of whisker on the bottom of his mouth and had the color of a channel cat! 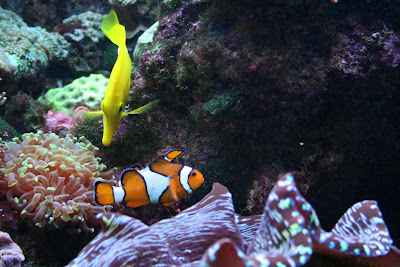 After the sharks we found Nemo...who knew he was in Tulsa and not P.Sherman Wallabyway Sydney.....if Disney would have asked we could have told them!! ;) 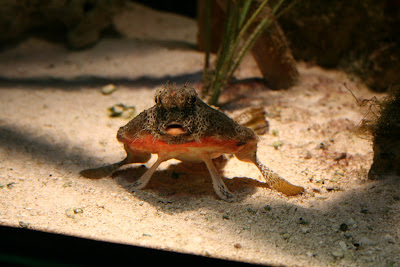 I don't know what this guy was but it was cool....those are actually fins....the little guy is a terrible swimmer but when moves around it walks around on its fins...its pretty cool to see and the little guy kinda looks like a frog. 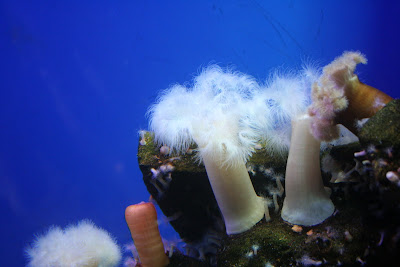 I'm not sure what this guys are but the looked cool! 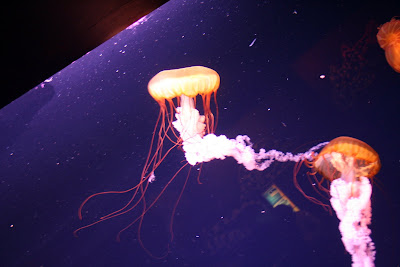 There were a few different kinds of jellies but these were the prettiest! 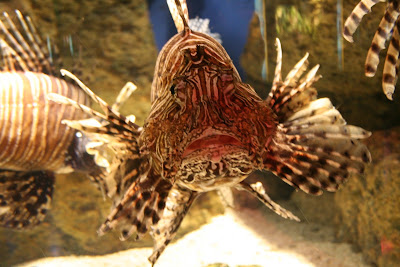 I think this was either a tiger or lion fish.....kinda ugly and kinda cool lookin' 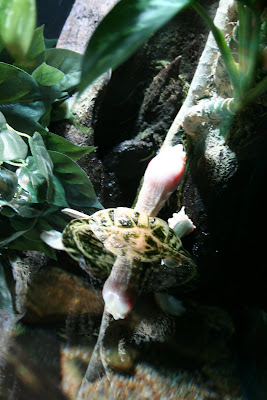 This was an albino red-eared slider...they are what you usually see out in your ponds and are closely related to a paint turtle...they are also usually mistaken for them too! In one of our ponds we have about 30 of these guys. 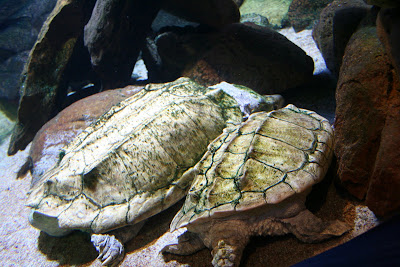 These guys are a couple of my favorite kinds of turtles...alligator snappers. The big turtle weighed 120lbs and they said one average the gain about a lb a year so 120 yr old turtle how cool is that!! 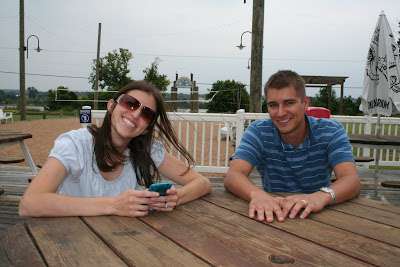 After going through the aquarium we went outside and visited while Kelly looked for some place where we could get some ice cream. We finally found a Brahms near buy and got some good ice cream....yummy!!! It wasn't the most beautiful day out side but we had a blast hangin' out with some great friends and hopefully we don't have to wait another year before get to see them again!!
Posted by Janet Phillips at 9:35 PM