Oh what a weekend!! 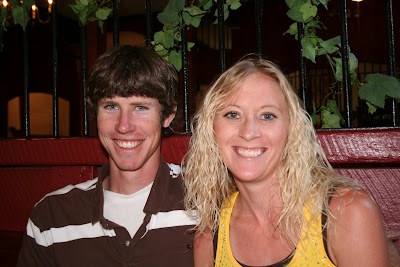 Last Thursday I had made a trip over to Joplin to get a few last minute things for the weekend up in Columbia, MO. While over there I saw a guy selling peaches and seeeing as frozen peaches are one of my most favorite things to eat I had to stop and get me a box so I will have a few bags in my freezer. Seeing aswe were gonna be gone for the weekend I needed to get them put up before we left for MO....well I also needed to make some birthday cup cakes and some fruit braids for breakfest. Well while I was finishing up those things Friday morning, I was also trying to get some laundary finished up and get all the packing done.....Caleb came in and said that we needed to leave asap so we could stop and look at a grain cart...I thought we were kinda going on vacation...but not till we finish up some business...but I will say, it was good we looked at it, cause we ended up getting it!

So with all the work out of the way it is time to play!! The original plan for the weekend was to go on a canoe trip for my sister Kim's 30th birthday...but because of some unforeseeable circumstances we had to change plans, so instead we were going to Columbia, MO to hang with Kim up there and do some other things that she wanted to do.
On Friday night when Caleb and I finally made it up there we changed really quick and loaded up Kim, Brandon, and the boys and we headed to Ashland, MO for the annual PRCA rodeo. It was there we met up with our cousin Scott and his wife Natalie and our cousin Jeanna.....and just like the traditions of high school Jeanna and I talked the entire time and really didn't see any of the rodeo. In the middle of the rodeo they had a "calf scramble" for the Kids. Landon and Logan made their way out to try and grab a tag off a calf, but had no such luck.
After the rodeo we met up with my mom and dropped the boys off with Grandma we headed back to Kim and Brandon's house. Caleb was rather wore out from the days' events went to bed not long after we got back, while Kim and I stayed up late planning our route for Saturday morning....garage sales...oh yea!!
So Saturday morning Kim and I make it up really early and head out to find some great deals! Some of mine included a bowel I paid $10 for and is worth at least a couple hundred, a pair of frog lamps and a quilt rack.
After finding a bunch of great deals we head back home and get ready to leave to go to Herman, MO to check out some of the wineries and eat some good German food. Our first stop was Stone Hill Winery....the oldest wineries in Herman, it was started in the 1840's. We ate at their restaurant and it was soo yummy good!! 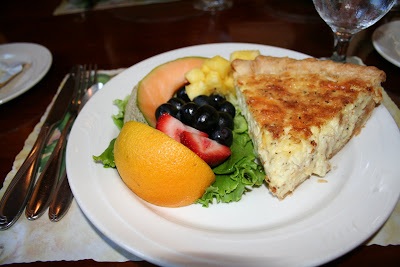 My yummy quiche and fruit.....those things that look like blueberries are actually grapes, they were sooo good!!! 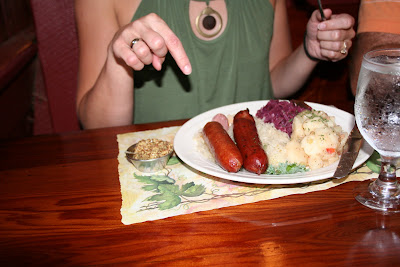 The birthday girls' food....there was a bratwurst and a knaughtwurst on sour kraut along with warm potato salad and some red cabbage that was sweet and really good. 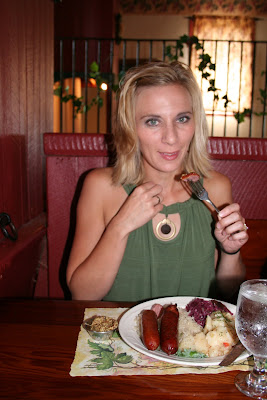 After we were done eating we went on a tour of the wine cellars and found out some more interesting things about Stone Hill. Before prohibition Stone Hill was the 2nd largest winery in the United States and the 3rd largest in the world. They were also producing 1.2 million gallons of wine a year. 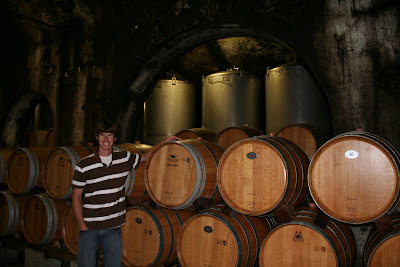 This was in the Apostle cellar....that archway behind Caleb use to be filled all the way to the top with a wooden barrel before prohibition. The barrel's had life size carvings of the twelve Apostles on them. It took twelve years to do all the carvings....so about one year for each one. When prohibition happened the government came out an tore Stone Hill's 700 acres of grapes vines out of the ground, busted all the barrels and dumped all the wine into the Missouri River. It's crazy to think what it could have been today if prohibition hadn't happened. 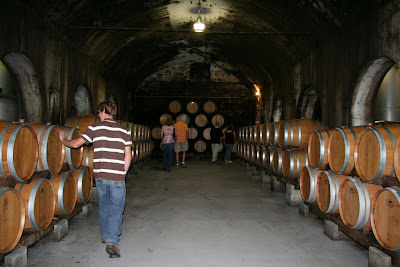 They said that the Apostles barrel fronts were taken off in secret but when they tried to ship them to somewhere in France they got intercepted by the government and destroyed....that's so sad. 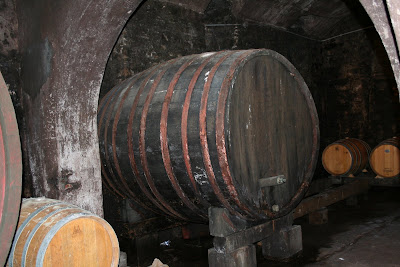 This is the only 5,000 gal barrel that made it through prohibition....that was because it was sent to a Monastery for sacramental wine. 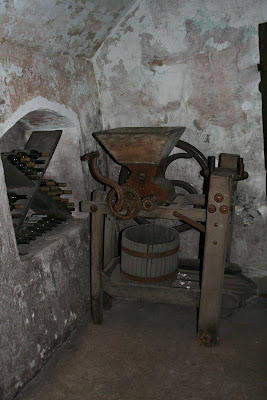 This is the old wine press that was used back back when they were making 1.2 million gallon...can you imagine making that much wine each year by hand!?!?!?!?! This is what you lookin like when you have had a few too many wine tastings! 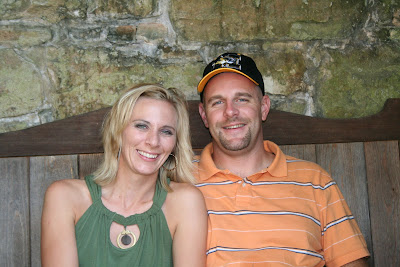 The beautiful birthday girl and her husband. 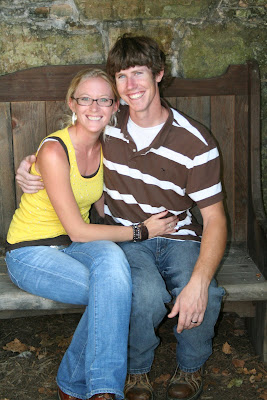 Me and Caleb....the bast thing about this photo is that Brandon was taking this and he was crouching down and sticking his but strait our.....it was a pretty funny sight. 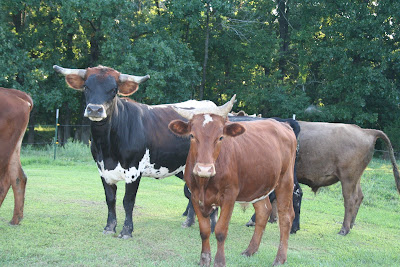 So to top off the afternoon, when we got back to Kim and Brandon's house we find a herd of ropin' steers in the yard. The next door neighbor had forgot to shut a gate, so we got to have a little fun and chase these funny looking guys all around the yard. (A little fact about roping steers....they aren't all steers...they are actually full grown cattle...they are called Mexican Roping cattle)

After this Caleb and Brandon left to go to a tractor pull and us girls went out to eat some yummy Shakespeare's Pizza and then did some shopping. It was a long day, but boy did we have fun!!!

Posted by Janet Phillips at 9:09 PM