First I want to say thank you to all of you who made comments the other day on my post. I'm glad to know that there are other hard workin' mommas out there!

About a week and half ago we had another Doctors appointment where we had an ultrasound so I thought I would give you an up-date on the baby.

First I have to say, they gave us a disk with pics of little stinker on it, but I have no idea where it is so I had to take a picture of the picture we had printed off and here's what we got. 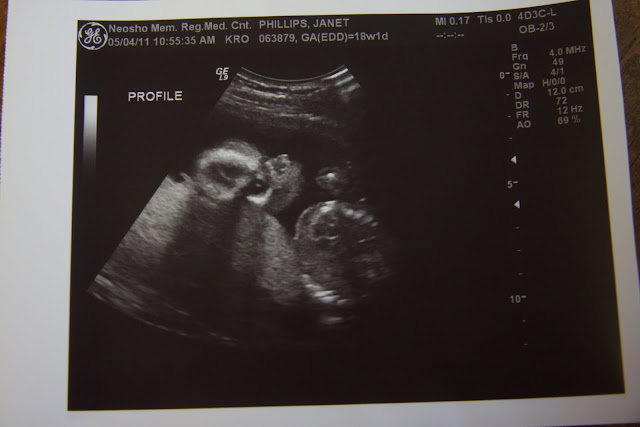 There is our little alien child. This was done when I was 18 weeks and 1 days along. They did a bunch of measuring in which little stinker wouldn't hold still. They actually measured it a week ahead of what my due date is...which would put me at the same time as my friend Steph, but since I was on clomid and had to chart everything we know exactly when everything took place, so my due date is still October 3.
Stinker weighed about 10 oz and was doing great!
I have been feeling the little guy moving around for a long time now, but I've only known it since about Easter. 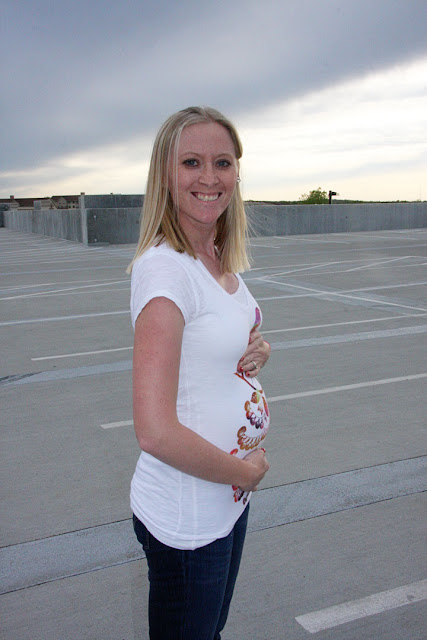 Here's what I looked like at 18 weeks along. Also I chopped about 10 inches off of my hair cause it was just getting too long!!
At my appointment they said I had gained about 5-6 lbs and I was just fine with that.
I have been feeling great the entire time.
The only food I have had any problems with is milk. It will upset my belly some. What stinks about that is I have want to eat some oreo's and milk. But it has gotten better and usually I just deal with the sour stomach.
I haven't even started working on the babies room yet.  I have thought about it, but that's as far as I have gotten. 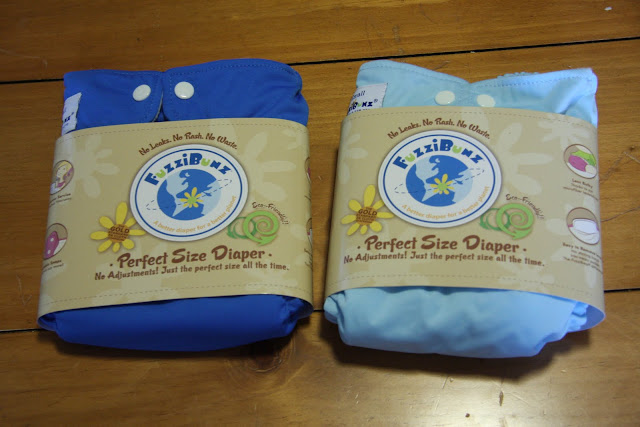 Yesterday in the mail I got my first diapers for little stinker.
Yes, I am going to do cloth ones for a number of different reasons.
1. We don't get trash pick up and diapers don't burn.
2. Even though they cost more up-front they are cheaper over the long haul.
3. It is less diapers going into the landfill.
Will I ever use disposable diapers? YES, I am sure I will.
Do I care if others use disposable diapers? NO, to each their own. If you are a stay at home mom and have the time and the want to do it than that's great, but if you don't that's great too.  I am choosing to mainly cause I don't want to get trash service just for diapers and it is a lot cheaper over the long haul.
Two diapers won't last to long, but ya got to start some where.
* Just because they are blue it doesn't mean anything. I will put a little girl in blue. I don't plan on getting any pink cause I won't put a little boy in pink! 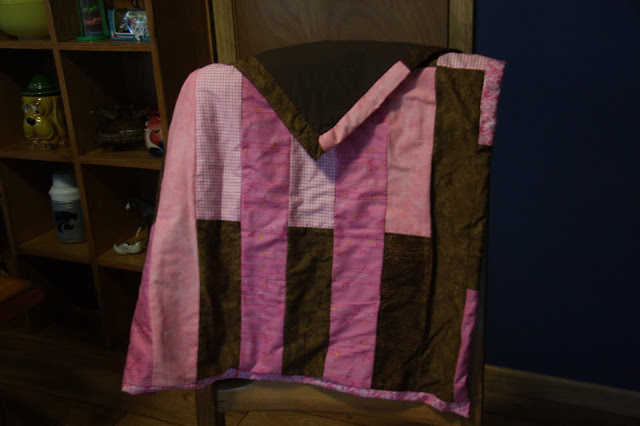 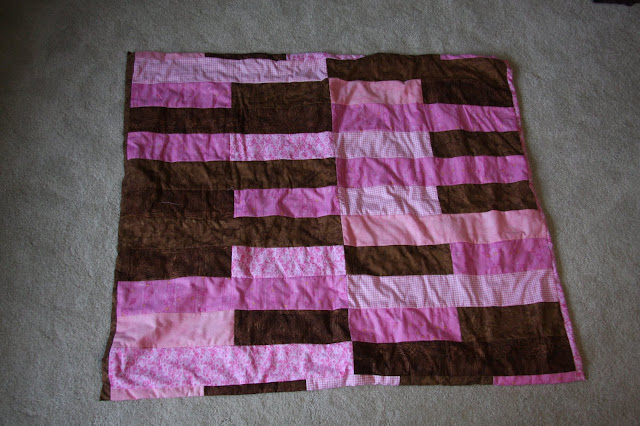 I finished this last night and was soo excited.
I did it all by hand (because I didn't know how to thread my sewing machine). It's not perfect, but I am sure happy with how it came out! 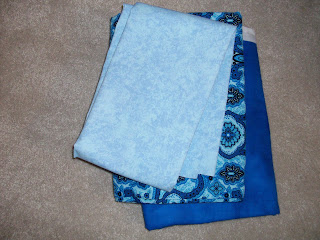 Don't worry color doesn't mean any thing, I have blue to make one for a little boy.
The pink was leftover form a project I had done before so I decided to make a quilt.
My mom has since been down to my house and shown me how to thread my machine so for the next I will probably do a lot of the sewing with the machine. 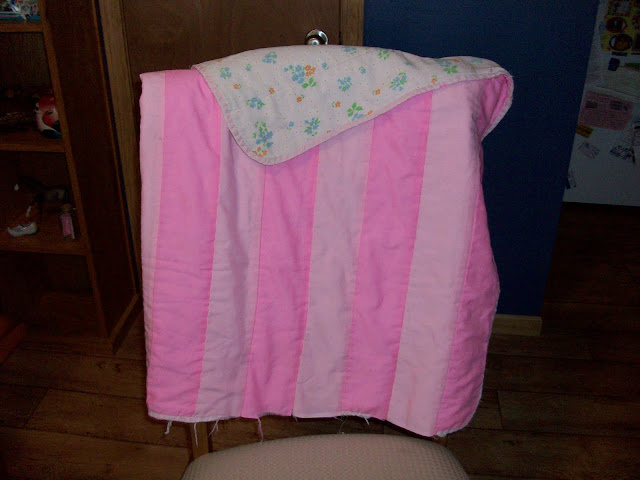 My inspiration for this was my baby blanket that my Great-Grandma made me. It's not in too bad of shape for being 28 years old.
I have got a few outfits for stinker, but I didn't get pictures of them. Most of my clothes buying will have to wait till after it's born when we know what we have.
So there you go. As of today we are 19 weeks and 4 days, so almost halfway there.
I hope you all are having a wonderful week and have a great weekend!
Lots of Love,
JP
﻿
Posted by Janet Phillips at 2:30 PM

Email ThisBlogThis!Share to TwitterShare to FacebookShare to Pinterest
Labels: Family and Friends, Life Around the Farm