Feedin' Cattle in the Snow

So like I said the other day we finally got some snow that stuck around for longer than 10 minutes...but not quit 24 hours.

Since there was snow Chester and I thought we would go with Caleb and help with a little feeding.

While Chester and I are getting ready, Caleb decides to go and feed the neighbors cattle (because he is gone. We don't make it a habit to go randomly feeding other peoples cattle). He wasn't gone but just a moment when I see the chore truck come flying back by in the wrong direction.  So I give him a call to see whats up and.... 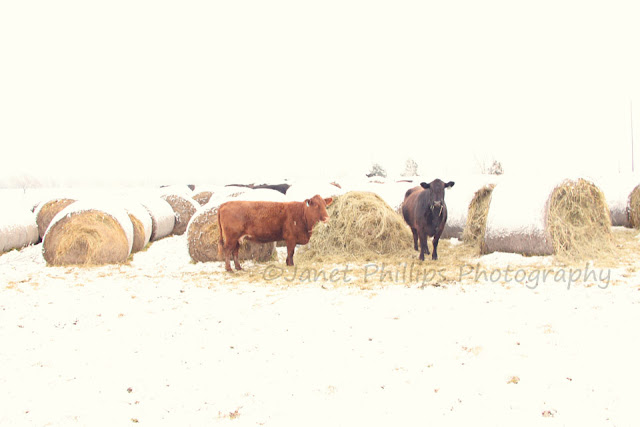 These rotten beast had broken into the hay pen...again...we found them in there on Sunday afternoon too.

If you would ask them, they would probably say they are starving, but if you look at them you will see they are as fat as ticks. When they busted in on Sunday they got a taste of the "good" hay. The good hay is hay we baled last spring and we had been feeding them hay from the previous year. 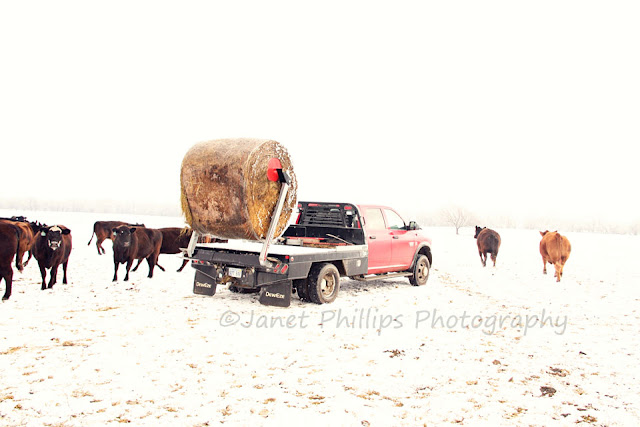 So once we get them out of the hay pen, we grab a bale and head out to feed the poor rotten babies. 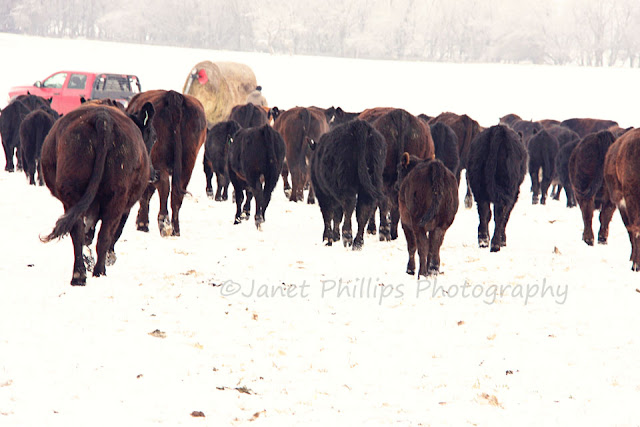 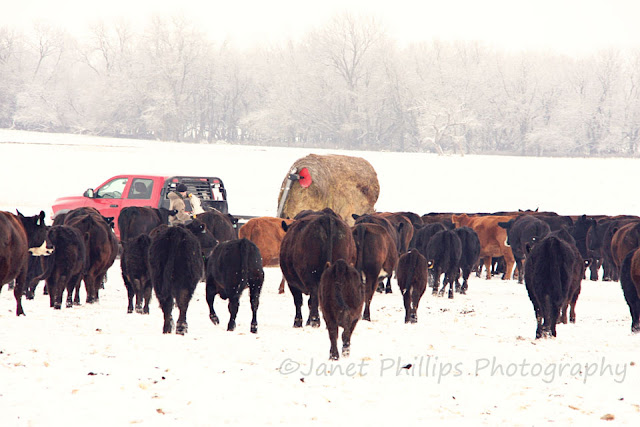 Most of them followed the truck... 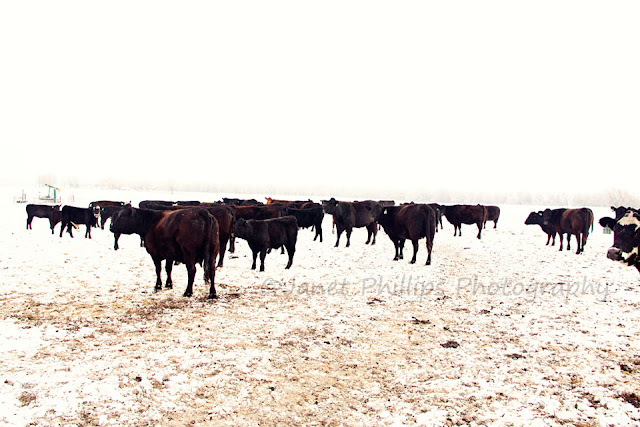 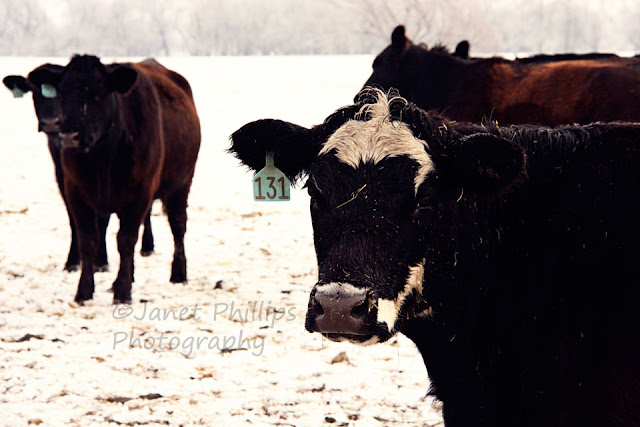 But some looked back longing for that "good" yummy hay. 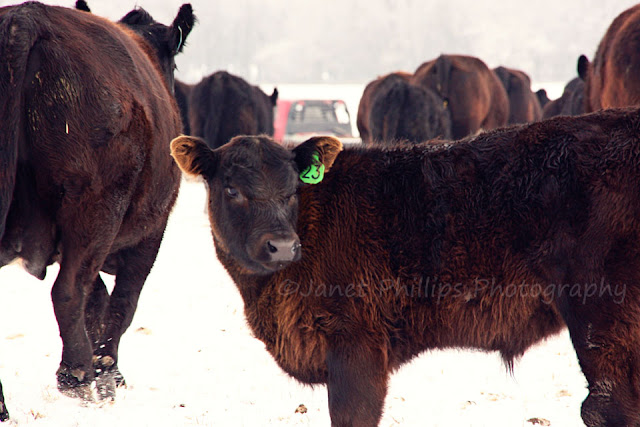 While this little one looked back wondering what those crazy things were running around with me were. 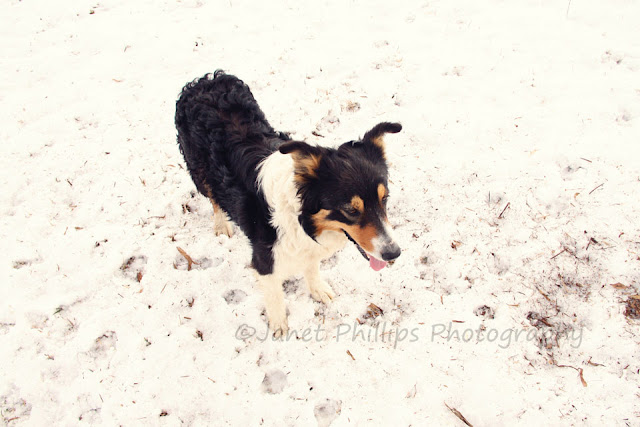 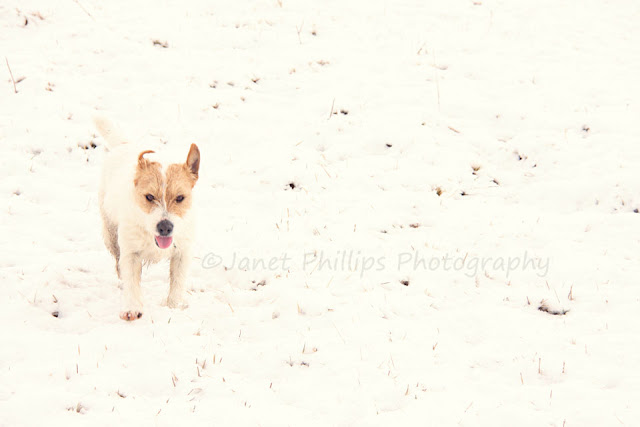 I wonder about them too. 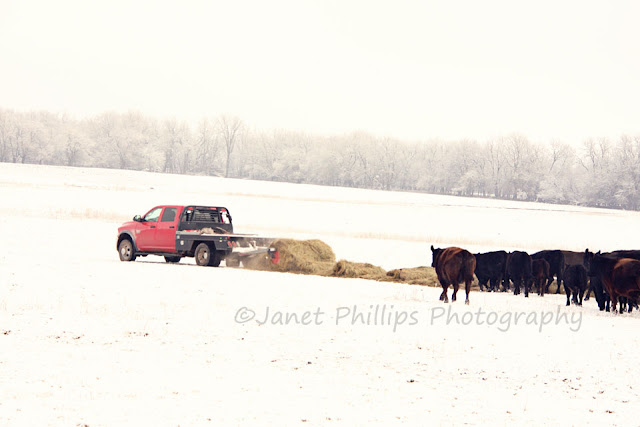 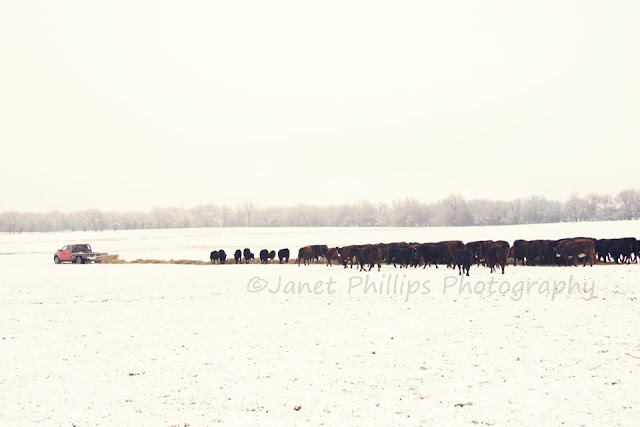 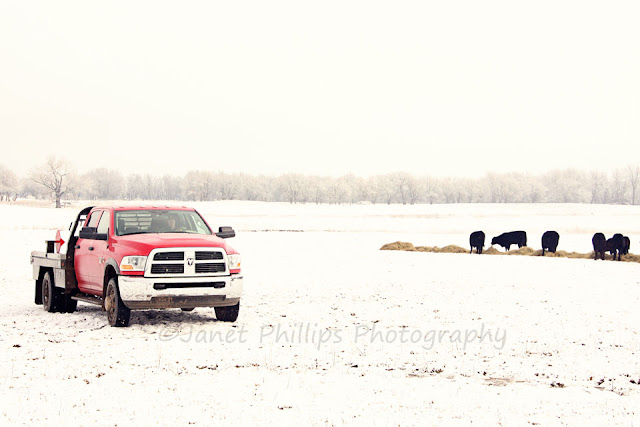 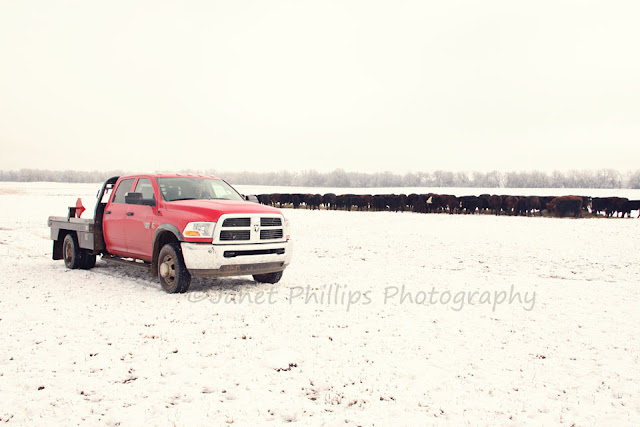 The bale un-rolls nicely and the Dodge looks pretty and everyone is happy... 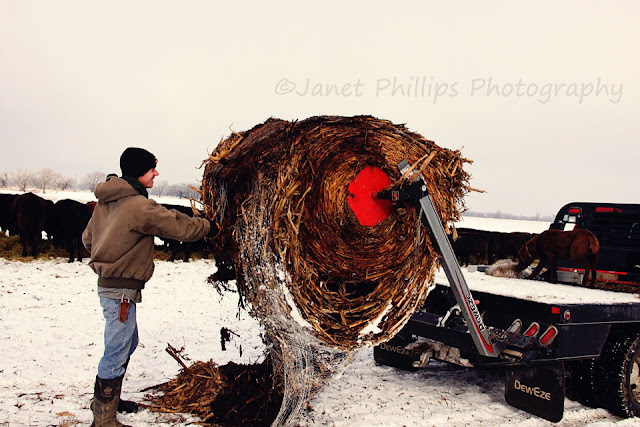 But just for good measure we give them a cornstalk bale too. 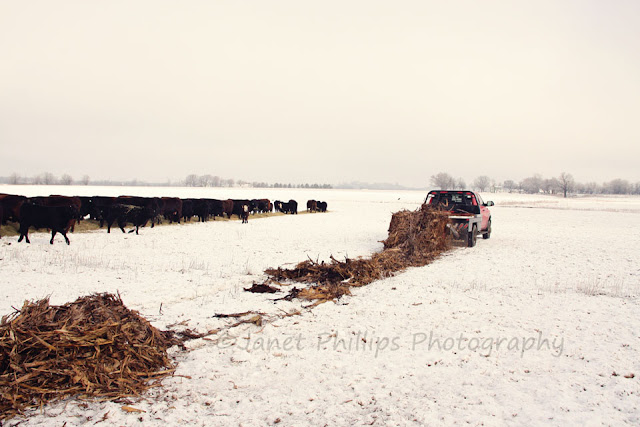 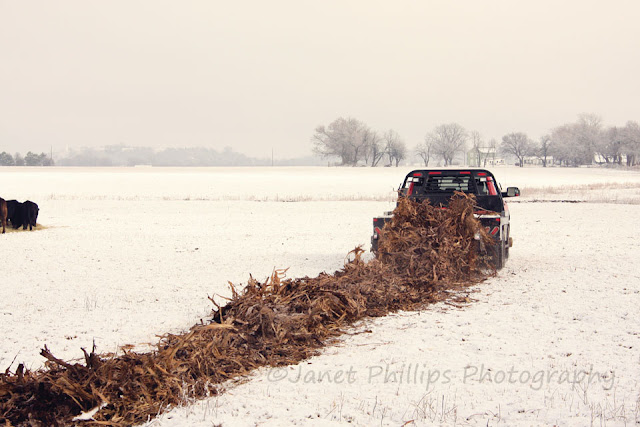 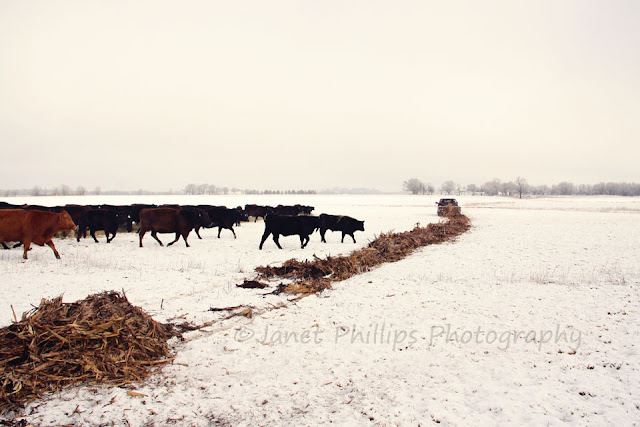 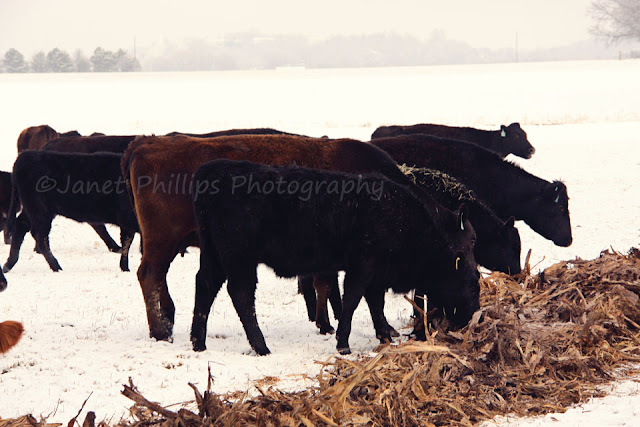 The cattle flock to it start eating so all is good... 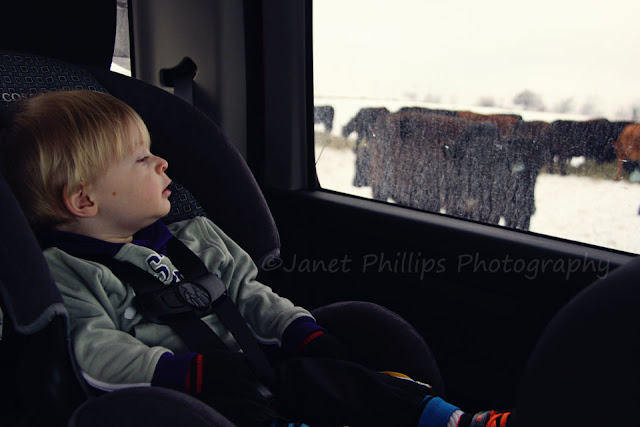 Chester counts the cows as we go by and we are done till the next day when we will be back to feed them more.

Caleb had to chase those rotten critters out of that hay pen two more time that day. He had even "beefed" up the fence and they still busted it down. Needless to say he wasn't a very happy farmer. After the last time he chased them out he gave them what was left of a good bale that they had destroyed....and they were happy.

Now lets just hope they stay out from here on.

JP
Posted by Janet Phillips at 6:00 AM