This winter has been pretty calm here on our farm and that is perfectly ok with Caleb and I. We haven't had any snow around here yet, but that is suppose to change as of tomorrow...
Yuck....
Snow may look pretty and make some pretty pictures, but it sure stinks when it comes to taking care of our livestock.
So far this winter we have just been feedin' a little hay. Depending on the size of the group how much we put out.  The smaller group might get a bale every two days, and the larger groups will get one bale every day.
Since it has been relatively mild so far, the cattle will eat some hay, and then head back out to the pasture and munch on what's left of last falls grass.
Other farms around the country will pull their cattle off some of their fall pastures to allow the grass to grow up and then they will turn the cattle out on it in late fall or early winter.....this is called stock piling and it's a great way to help stretch your hay pile farther. If get a lot of snow on the ground this really doesn't work so well cause the cattle really don't like to dig down for the grass. They get kind of lazy and just want you to give them hay, cause it taste a lot better than the grass does. If we had more cross fences this would work great, but since we don't, we just have to hope that they don't mow it off to early in the fall. 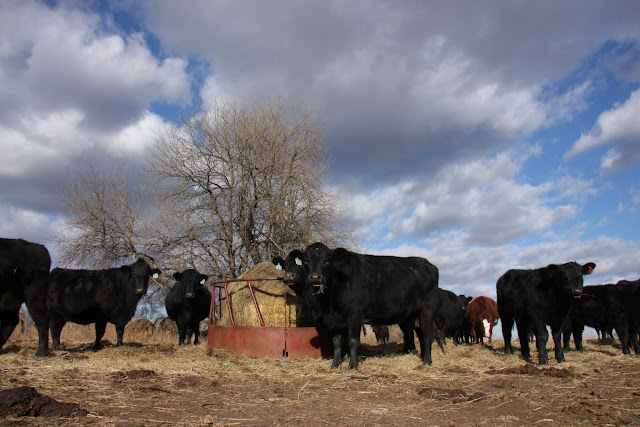 But, like I said before it has been pretty mild so far this winter and we hadn't been putin' a lot out. The other day Caleb was workin' ground so I headed out to feed and check all the ladies and their babies.
The light was beautiful....when the sun was out. 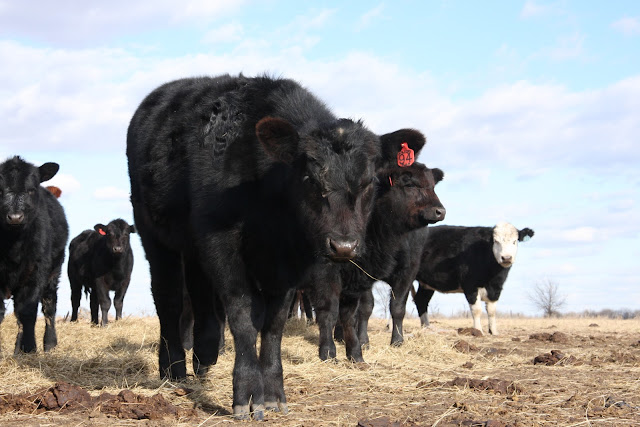 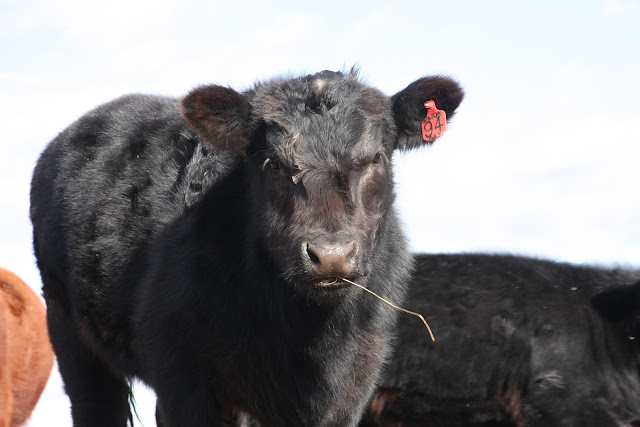 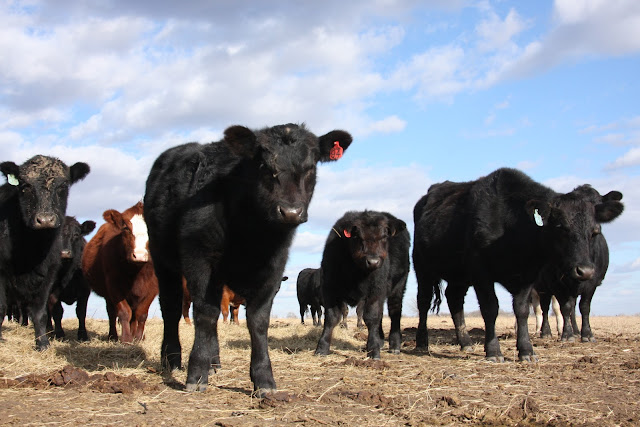 I'm pretty sure that this mouthy little guy is the same calf that would chase us all over the pasture last fall. Even though the truck would usually be bringing food he would go running after us kickin' and jumpin' and hollering. It's pretty funny to watch, one of these days I will have to get a video camera so I can video tape things like this for ya'll to see. 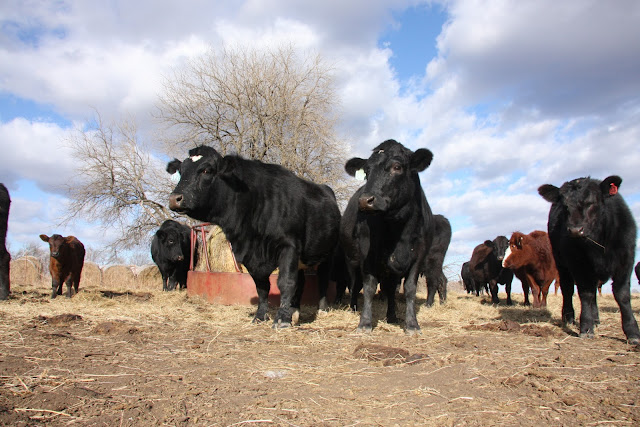 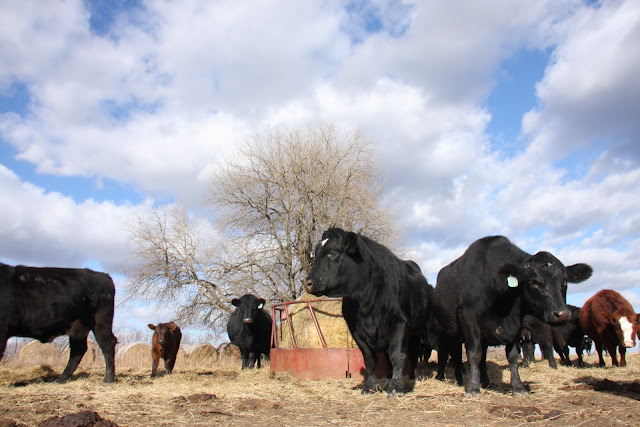 I was to much of a distraction for these guys. They weren't gonna start eatin' till I left.
Well if we get the snow they are talkin' about tomorrow then it will be a busy morning, but I promise to take lots of pictures and hare them all with you guys.
Laters,
Janet
Posted by Janet Phillips at 8:36 AM