I love cattle and my husband....

Both for many reasons...

But the main reason I love them both is because with out them I would not have near as many fun stories to write.

So yesterday Caleb came home for dinner (lunch) and told me he needed my help this afternoon to work with the cattle.  Not only did we need to pull all the bulls off the cows...

We were doin' this so we don't have any Christmas babies, cause that makes the holidays a major headache.

Ok back to what I was tellin' ya we were gonna pull the bulls as well as we needed to get a calf in that had some wire wrapped around it's neck.

Originally it was just around it's legs, but then Caleb drove the truck onto the end of the wire and instead of it coming off the calf, the calf ended up twisting it around it's neck.

Usually when things like this happen this means we are going to have one crazy time messin' with the cattle.

So after dinner we head out to look at the group with the wired calf. After lookin' at the calf  and cutting off some of the wire that was draggin' behind the calf, Caleb decides he's gonna try to rope it to get the rest of the wire off.

So we get the rope out and Caleb gets on the back of the truck and decides he wants to do some practice throws before we start chasin' the calf around.

At this time I must tell you guys that the whole herd were hangin' around the truck and I told Caleb that he shouldn't do any practice throws with all the cattle that close cause he was liable to rope a cow that he didn't want to rope....

Yes I warned him, just you guys remember that!

So after a couple of practice throws we start to head towards the calf and Caleb then decides he needs to practice one more time...

That's right my friends it only took about four tries for Caleb to rope a cow that he didn't want to rope....

Had it been something he wanted to rope it would have taken more than 30 tries, but that's how it goes...

Oh and I about peed my pants laughing at him when this happened...

You let go of the rope. 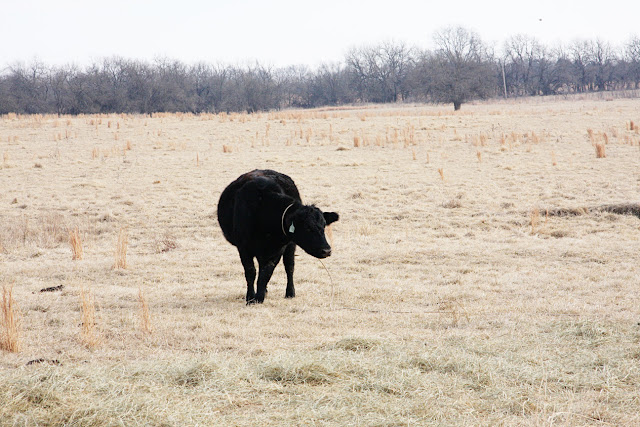 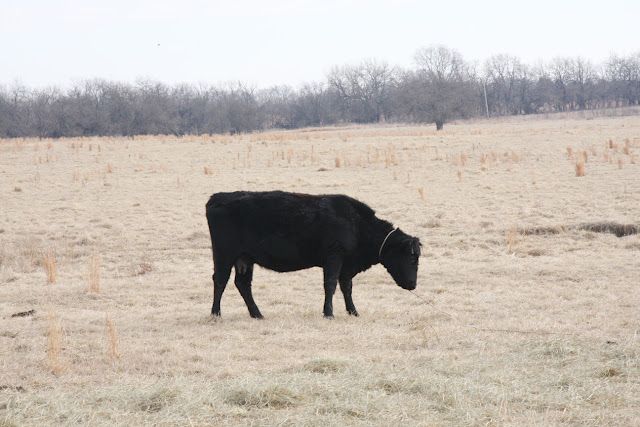 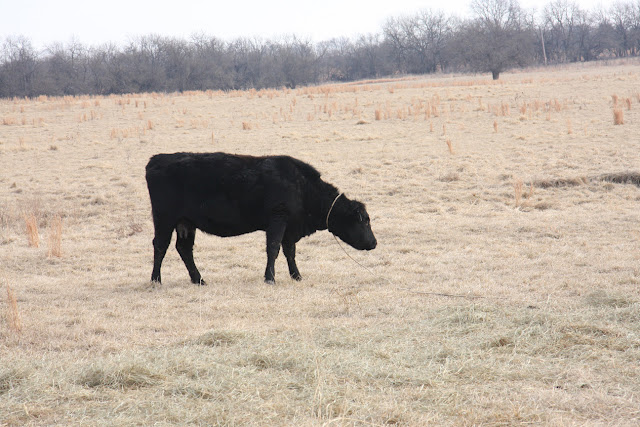 So there's the girl with her pretty rope necklace wrapped around her neck.
Well since we didn't have any feed with us we decided to wait to mess with this group till later.
So we went to all the other pastures and got all the other bulls in, sorted off and taken to their own special pasture. And the best part was we didn't have any problems getting them all in, and that never happens!
We decided we would wait and mess with the wire calf and the roped cow and the bull in that pasture till the next day cause we ran out of daylight.
So this morning we got up and headed over to the pasture and got all the cows in the lot without any problems. Well at least none for us. When callin' the cattle into the lot we will dump some feed on the back of the truck and lead them with it. Well that poor ol' roped cow would try and get up there to get some feed then all of a sudden another cow would step on the end of the rope and jerk her head back...
The poor cow....
It's all Caleb's fault ;)
Well we get them in and get them sorted and them get the rope off her neck and boy was she one happy cow. 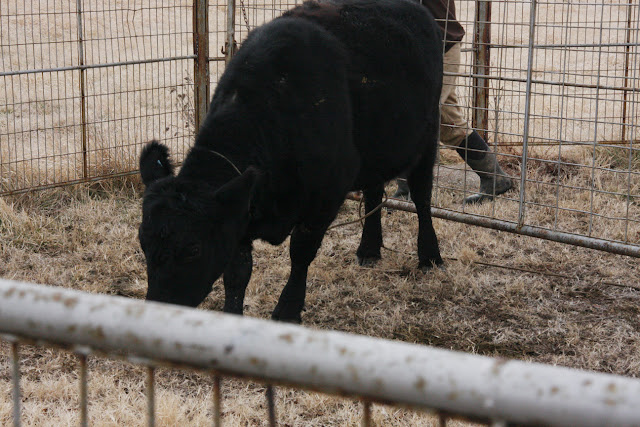 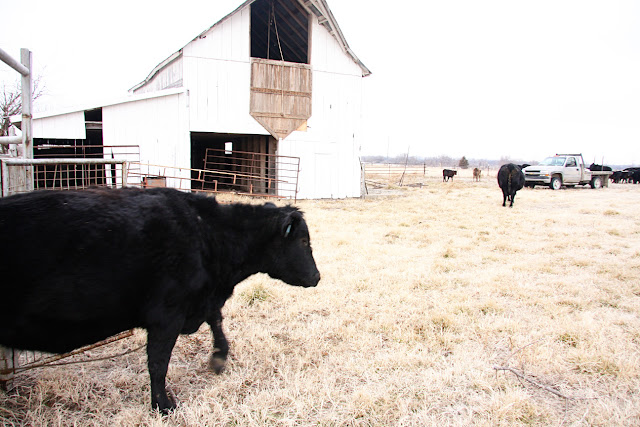 Luckily the rope wasn't tore-up, but it did however get died a little. It once was white, and now is green with a strange odor.
What about the Calf you might ask? well amazingly enough the wire ended up coming off it head on it's own so we didn't have to mess with the little guy!
So Caleb roped the cow for no reason...
Wait he roped a cow anyways for no reason... 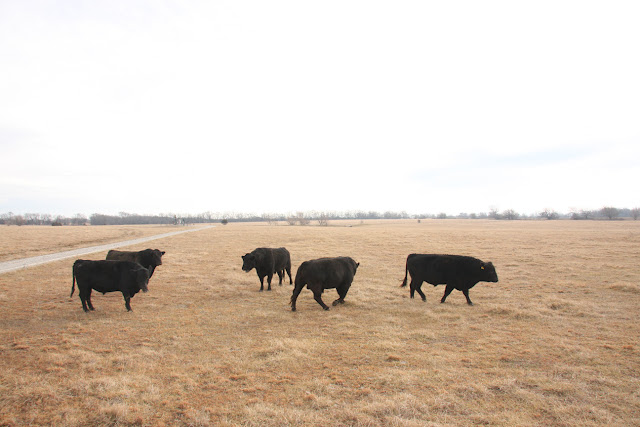 After we get the cow taken care of we drop thee last bull off in the bull pen....
All the other bulls had to come over and check him out.
They were wanting to fight with him, but he just ran away...
Smart bull! 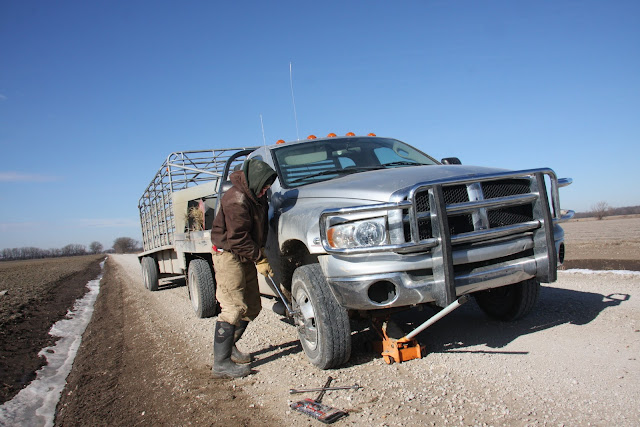 The only problem we had through this entire two day process was a flat tire when we were taking the truck and trailer back over to Pop's house.
Things went rally smooth, well minus the wire around the calf's neck and the rope around the cows head, but those weren't my problems, so they don't count!
Well I hope you all have a wonderful weekend!
Catch ya later,
Janet
Posted by Janet Phillips at 7:07 AM