Corn Harvest School - Answers to some Questions and Harvest After Dark

So previously I went through all the ends and outs of corn harvest here in Southeast Kansas (if you missed them you can check out Part 1 and Part 2) and I got some questions in the comments so I thought I would answer them for ya'll.

Gail Asked: Do you re-harvest the shocks and cobs for feed use?
Answer: Well we don't remove any of the leftover "trash" from the fields, but...


the fields that are close to our cattle pastures do get some use. We will either check the surrounding fences and shut some gates or put an electric fence up around the field and let them out. 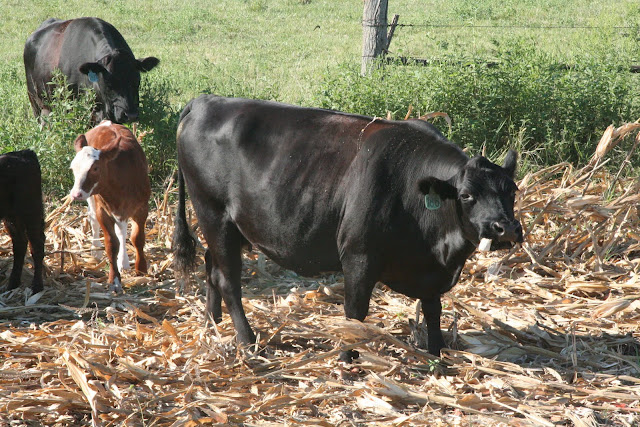 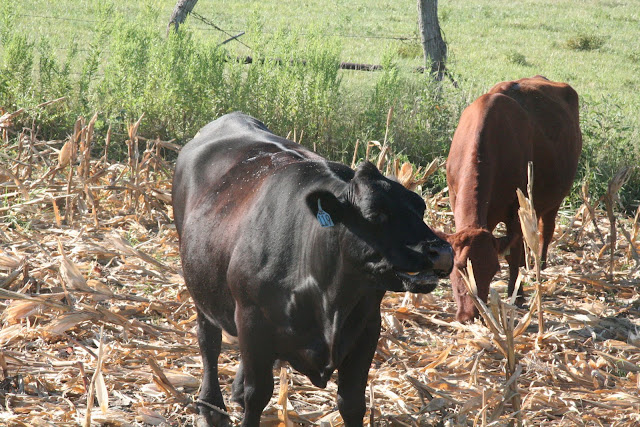 The Cows love this, and will spend all their time out in the fields until the get all the leftover cobs and the volunteer corn that their bellies can handle. 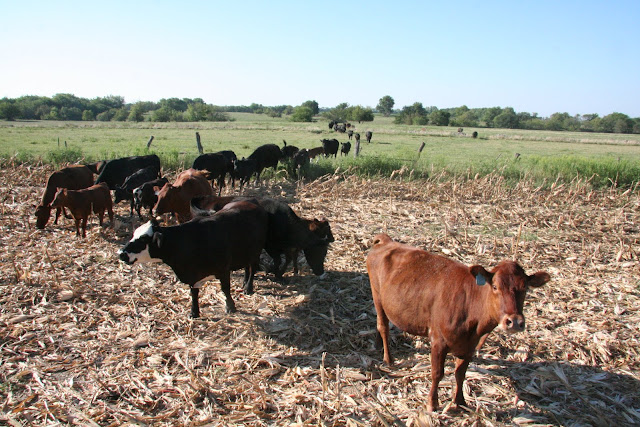 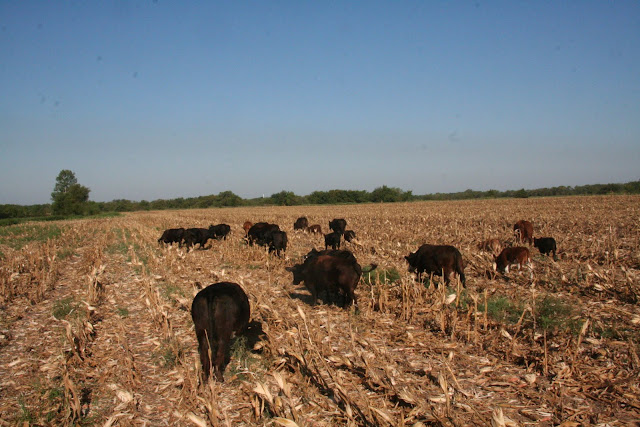 m&em asked: What happens to the corn now?
LeAnna asked: Where does your corn usually end up? Is it a feed corn for animals, or end up in corn syrup, or what?

Answer: since these two were very similar I thought I would answer them together. Our corn will usually end up in the bellies of livestock, epically cattle, chickens and turkeys and possibly hogs.

Some of the corn we keep in the bins on our farm we will grind and feed to our cattle as well. 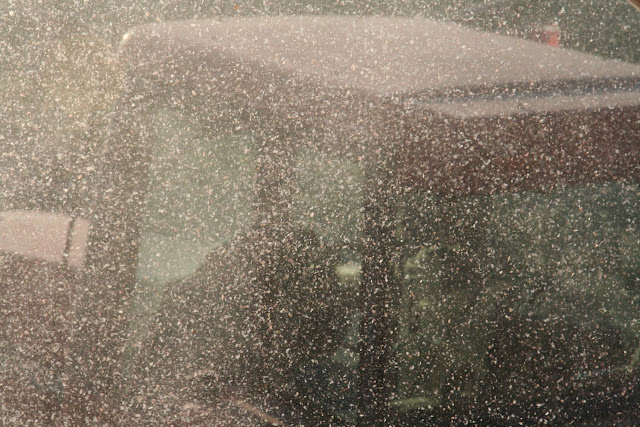 This picture really didn't have anything to do with the questions or with the night harvest pictures, but I just thought I would show ya'll how dirty and dusty it can be sometimes when I'm on top of my truck.
So most of  corn harvest took place during daylight hours, but we did do some night harvesting. 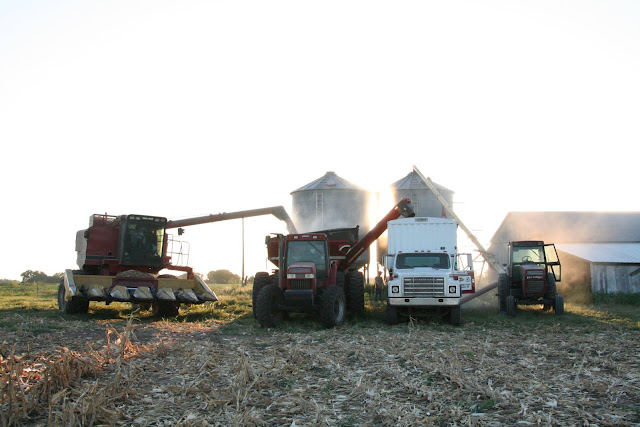 The night all these pictures were taken was one of our later nights, because we had some bins right there next to the field and we were able to dump quickly into them. 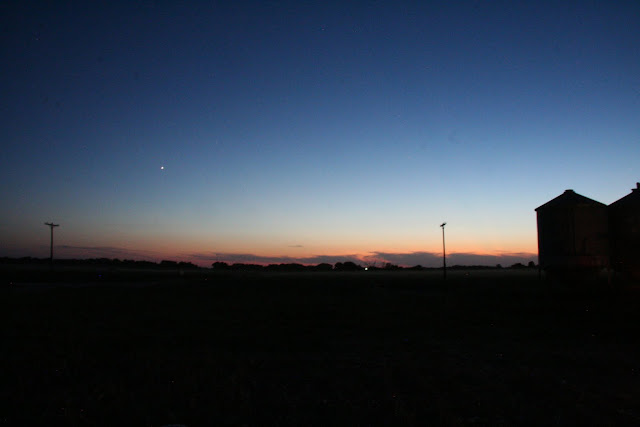 So I love taking pictures as the sun is going down and when it's dark out, but I have one problem, I don't have a tripod...
...ok to be honest I didn't have a tripod when I was taking this picture, but since then I finally broke down and bought one...
...anyway, you need a steady surface is a must have when taking pictures at night cause you have to keep your shutter opened for a long time and any movement of the camera will give you a very blurry picture.
So what, you may ask, did I use instead of  tripod?? 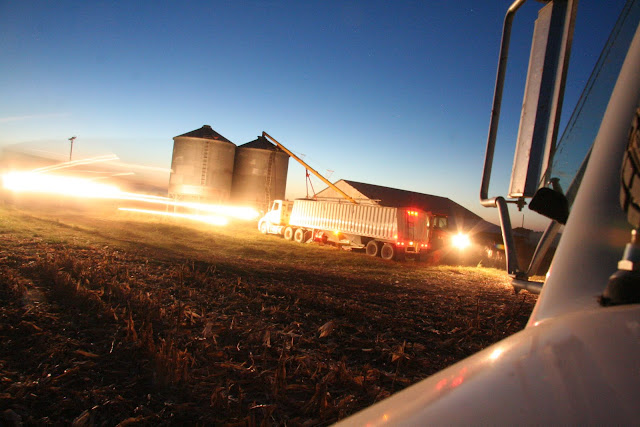 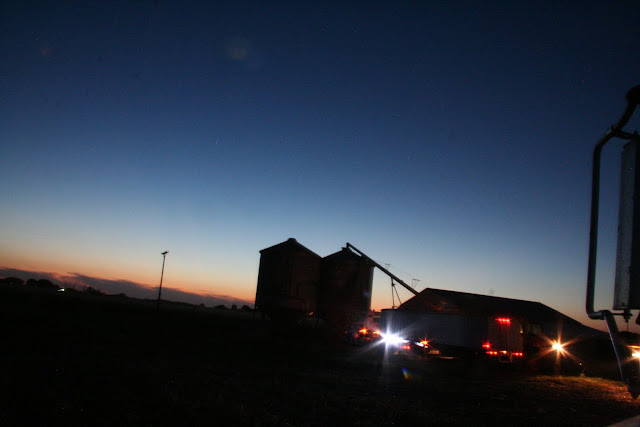 It worked really great, but since the hood slants some the pictures are on a slight angle.
But to be honest they are usually on a slight angle from me holdin' the camera, so it wasn't a big deal. 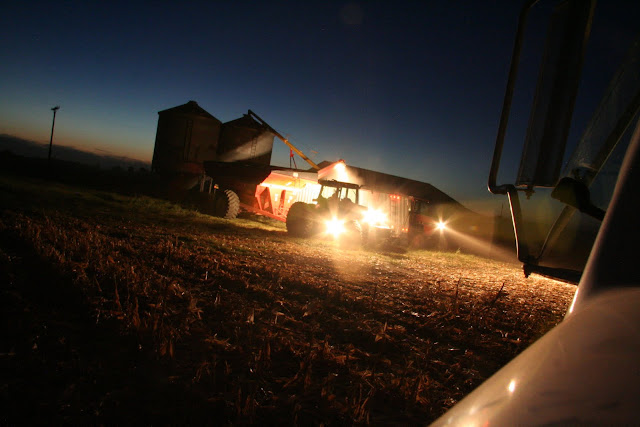 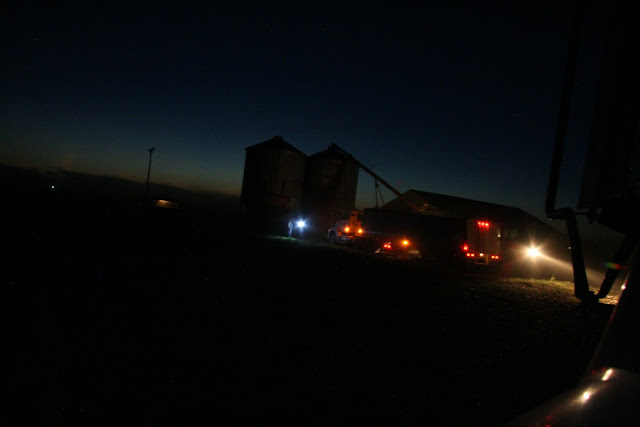 So there you go, the answers to some of your questions and some pics from one of the nights we were working late.
I hope you all enjoyed them, but I need to be getting to bed cause I have to get up early tomorrow cause we are gonna be workin' some cattle, which usually means interesting stories to go along with it.
So nighty, night!
JP
Posted by Janet Phillips at 10:13 PM

Email ThisBlogThis!Share to TwitterShare to FacebookShare to Pinterest
Labels: Cattle, Life Around the Farm, Row Crops