And the Answer Is...

Chicken Litter it is!

And just like a few of you said it sure doesn't smell like roses! If you haven't ever smelled litter before than go open a bottle of rubbing alchol and stick your nose in it and you'd just about have it! 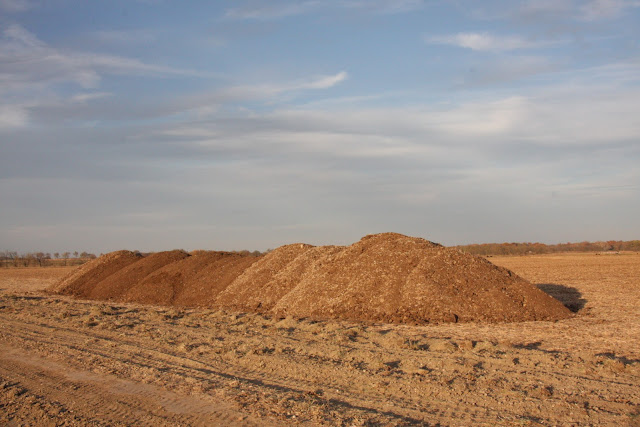 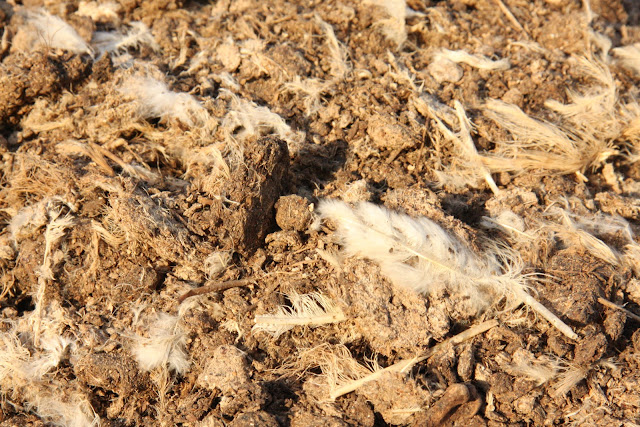 We use litter as a fertilizer for our fields.  Unfourtently all the chicken houses are in Oklahoma, which means a long drive to get it here. So we don't get near as much of it as we would like.
It was suspose to be spread last weeks, but the guys who were gonna do the spreading wasn't able to get to it until Friday, and by then it had rained and was too wet.
I would have gotten a picture of the spreader, but it's yucky and nasty outside and I didn't want to go out there.
Aside from getting chicken litter spread, we have also been doin' a little field work too. 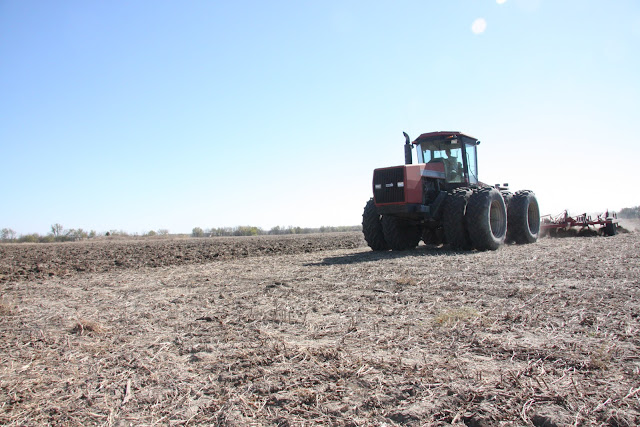 This is just one of the pieces of equiptment that we have been running. It's our 4-wheel drive pullin' a chisel. 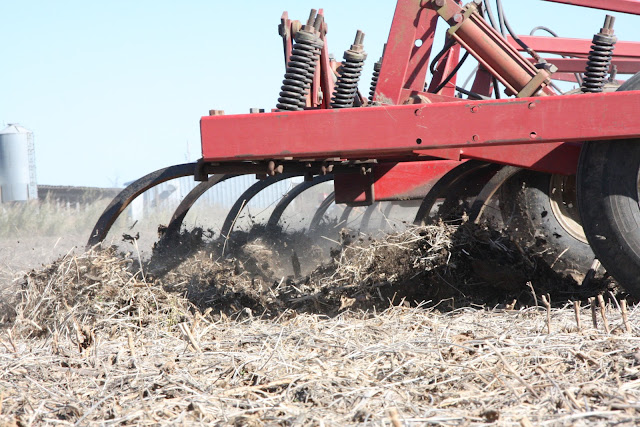 All the ground that we are using the chisel on right now will be going to corn next spring.
We also did some disking toget the ground ready for some wheat planting. 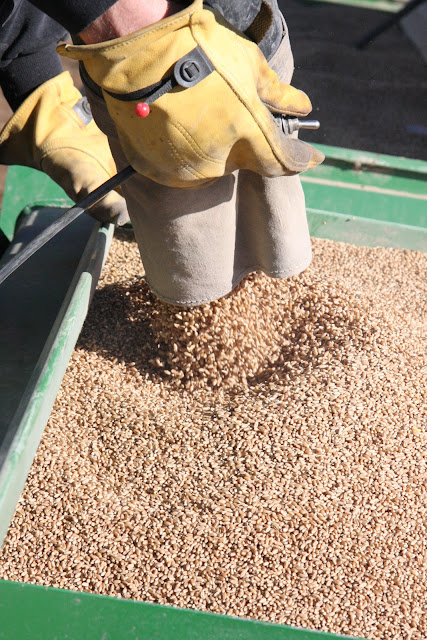 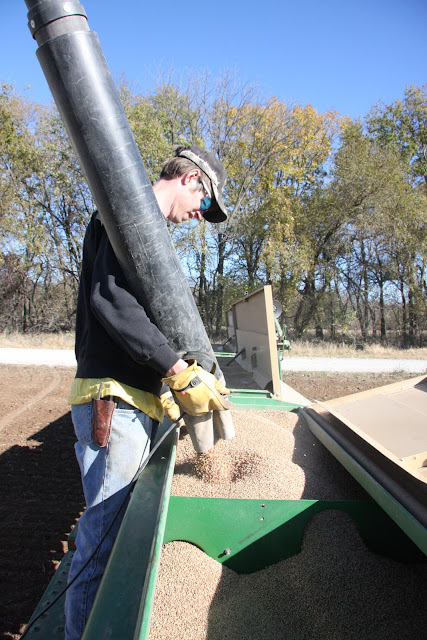 Now I am not a huge fan of wheat, mainly because when harvest comes around in the spring we are busyer than elves on Christmas eve. 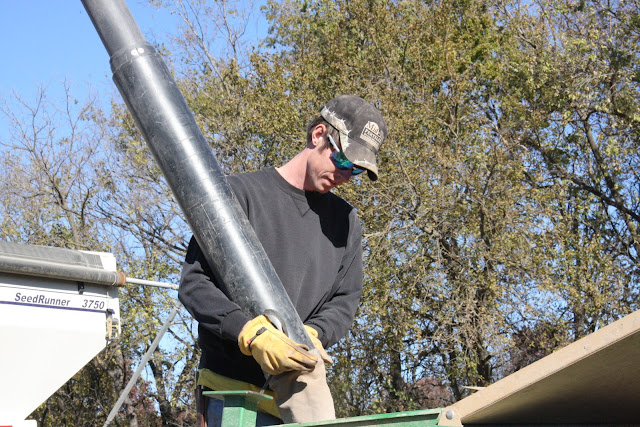 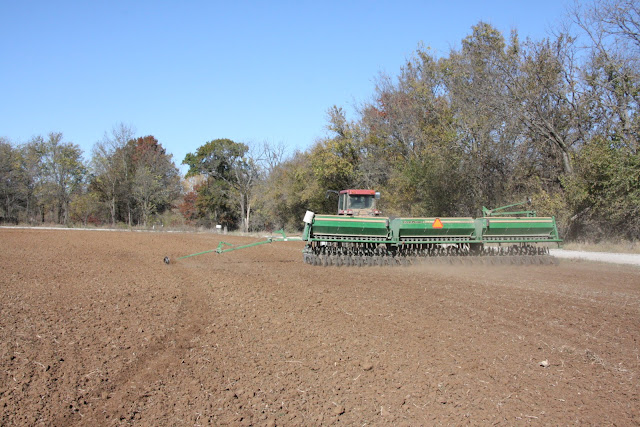 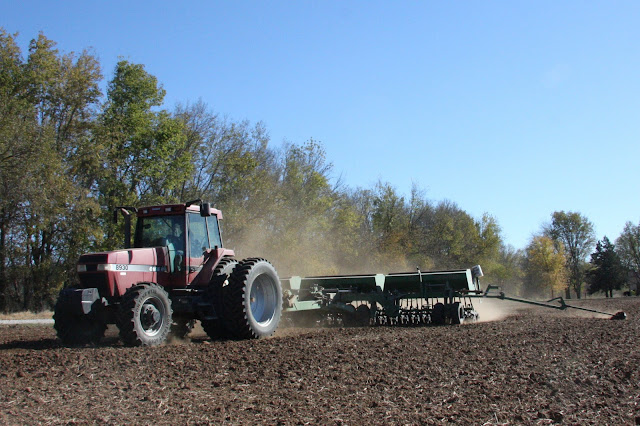 But the one good things about planting it is I will hopefully get some pretty wheat pictures in the spring time.
JP
Posted by Janet Phillips at 8:28 AM