Gifts from My Dogs

I look out my window and what do I see?
A dead raccoon staring up at me.


You heard me. This was my view as I looked out my window Thursday morning.

Let me back up to Wednesday night at about 10:30 when Caleb and I had just crawled into bed to go to sleep. When the dogs started barking.


First lets go back and look at my dogs. 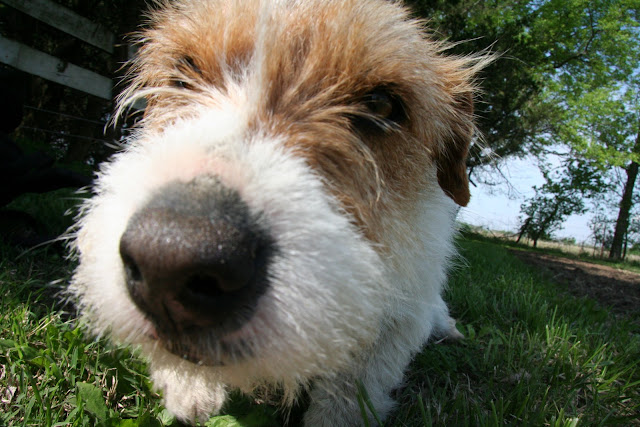 Jasper
He's just a little stinker and likes to kill things and he's our barker in the group.  He barks when any new truck pulls into the drive. He's out little watch dog and even though he's the smallest he rules the roost around here.
Every night he's usually up barkin' at something. 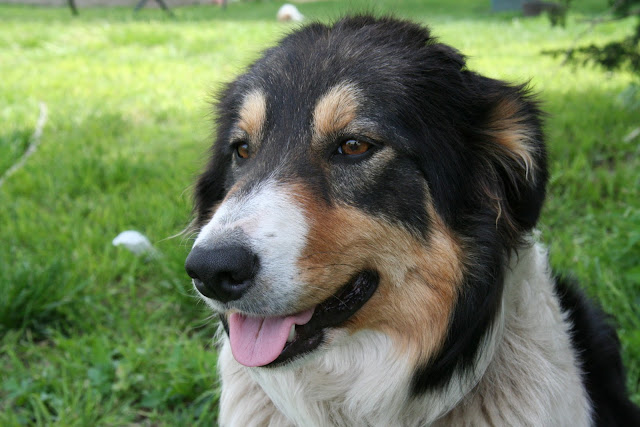 Kit
She's my sweet heart. She follows Jasper around and does what he does.  When he barks, she barks. 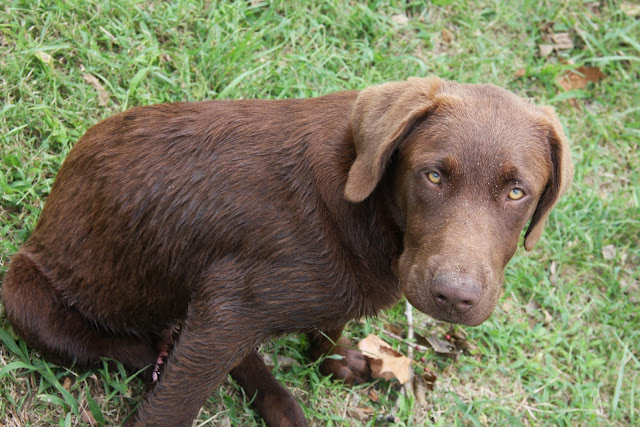 He's grown since you last saw him, but he's still as lazy as ever and he rarely ever barks. Usually the only time he will bark is when the other two dags are doin' something they weren't suppose to be doing.
OK, now back to the story. We had just crawled into bed when the dogs started barkin' up a storm. I didn't think much about it, but Caleb got concerned a little cause Hank was barkin' too. Caleb thought that someone must be out there.
That thought never crossed my mind cause if there was a person out there Hank wouldn't be barkin' at them he would be up there beggin' for some lovin'.
Well I open my bedroom window and holler at them and it was then i heard it. Along the the sound of barking dogs I heard this squealing noise. It was then I realized that Jasper was fightin' with a raccoon.
I don't mind him messin' with any of the other little critters, but coons bother me cause of the thought of rabies.
So I put on my boots and go out there to see what all is goin' on. That's when I see it's a young coon so I wasn't to worried but I still wanted it to stop so they would quit barking and we could go to bed.
So Caleb grabbed a shovel and finished off the little coon and hauling it off out into the field while I held Jasper, and let me tell you that Jasper was grinning from ear to ear about conquer of the raccoon.
So now the little beast is dead and tossed out into the field and we can go to bed.
Well the next morning I wake up only to look out the window to see that the rotten dogs had gone back out to the field and found the dead raccoon and drug it back up into the front yard for me to look at in the morning.
Seriously, what am I gonna do with these rotten dogs!?!?!
Hope ya'll have a wonderful weekend.
I'm gonna go and toss a nasty coon away and then head to MO for the weekend
Janet
Posted by Janet Phillips at 11:23 AM

Email ThisBlogThis!Share to TwitterShare to FacebookShare to Pinterest
Labels: Life Around the Farm, Pets