Wednesday afternoon Caleb and I call all the cattle in, on our farm, so we could give all the little ones some pills for scours and stick some tags in their ears. For once we didn't have any major set backs. Everybody but two little ones came up and walked strait into the pen without a problem. It was almost hard to believe. I really wasn't sure these were our cattle, cause that never happens, but they were really hungry, and like me I will do just about anything for food when I get hungry!
We got all the momma's sorted off and then sorted the big calves from the little ones, and there was no yelling involved, not even at the cows. Wow, how amazing is that, and I didn't let a single little one slip by me while running the gate.
After sorting the little ones off we ran them down the ally way, one at a time and would have to pin them against the fence cause we don't have head gate. Then we stuffed some pills down their throat and sick a tag in their ear and boy would they holler. I'm not sure what the big deal was it was just one tag. I have eight holes in my ears and they didn't hurt all that bad. At least not enough to make the ruckus they made. We got them all done with no major injuries, I did get kicked once but it didn't hurt, then we sent all the babies back out to be with momma and boy were they happy. They all took off running as fast as they could in the opposite direction.
After we were done with all the calves from the big group of cattle we still needed to give one more calf a tag. It was one we were keeping in our misfit pen. This was the calf that Caleb was petting the other day, when the crippled momma cow was running up in the back ground. We had intended to keep them over in their pasture, but Caleb came home one morning at the beginning of the week and told me that the crippled cow was down. It was something we had expected would eventually happen. I just knew she was no good and that we were gonna have to get rid of her and then take her baby for a bottle calf, but boy was never happier to be wrong. When we got back over to the pasture and started messin' with her we actually got her up on her feet, yea!!! All we could figure out was that she had gotten knocked over on her side by another cow and just couldn't get back up. So we pushed her and baby into the pen and loaded them up and brought them home. Now she's getting a little extra feed and both momma and baby are doing fine. And you know what the great thing about this is...I don't have to bottle feed the calf!! 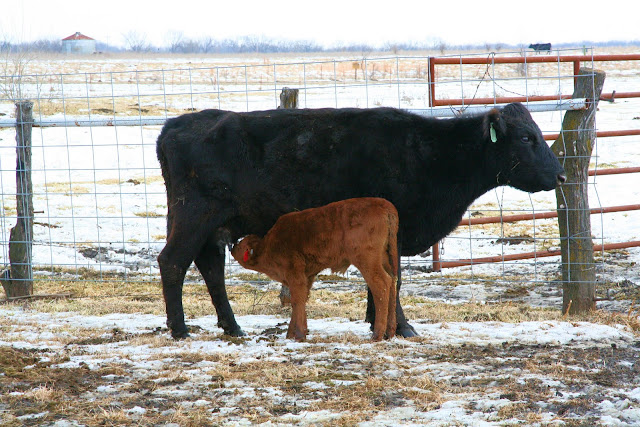 Well, after we were done working with the cattle on Wednesday, I had a chance to pull my camera out and take few shots of all my misfits. 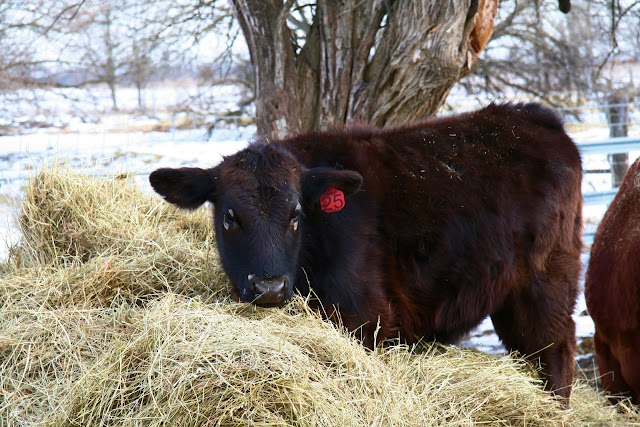 Spot now thinks he is 'King of the Hay Bale!' 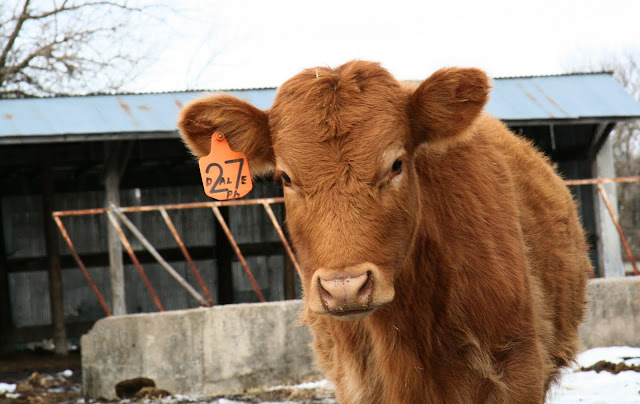 Red always has to come in for her close-up...Actually she is hoping I have some feed. 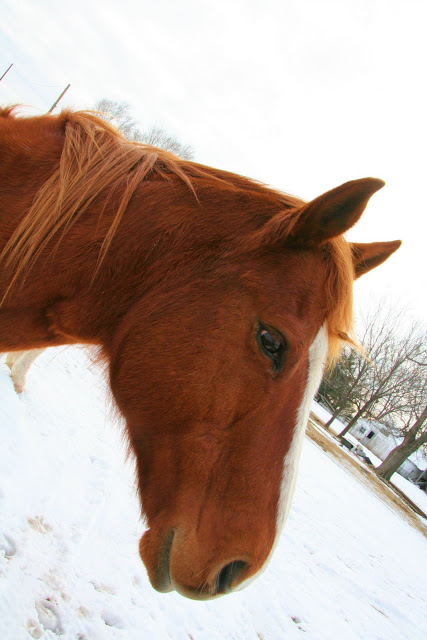 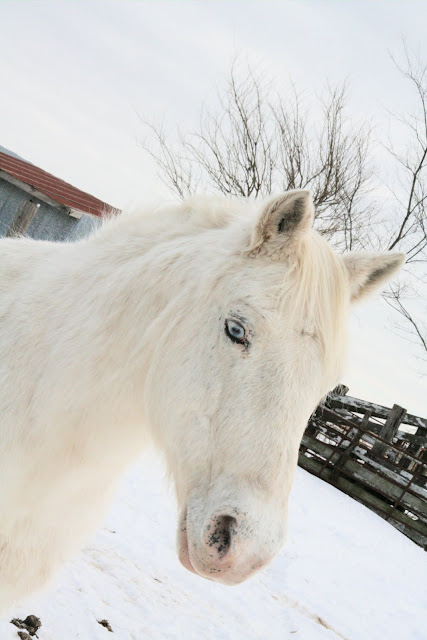 They don't really care for having their picture's taken, but too bad!

Posted by Janet Phillips at 6:13 PM