Sunday morning I woke-up to see that we had received 4-5 inches of snow over night......I didn't even know we were supposed to get any! Caleb later told me that the night before the weather had said less than a inch...I think someone was a little off on that! When I was about ready for church we get the call telling us that it was canceled because of the nastiness that was on the ground. I was sad we didn't get to go but it was probably for the best, cause when we went to do the cattle chores it took quite a bit of time.

Since we were all dressed up I thought that I would get good picture of Caleb and I. 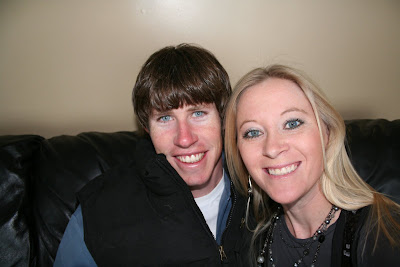 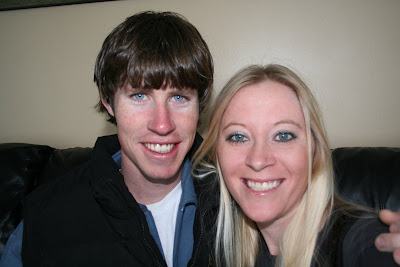 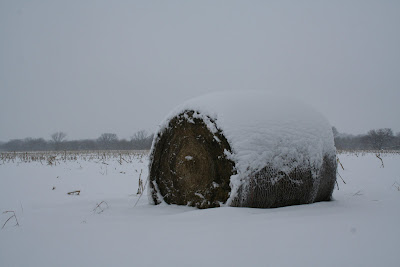 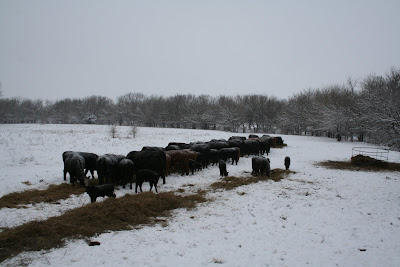 When we get a lot of snow like this we usually roll a bale out for the cattle and boy do they like it when we do this. 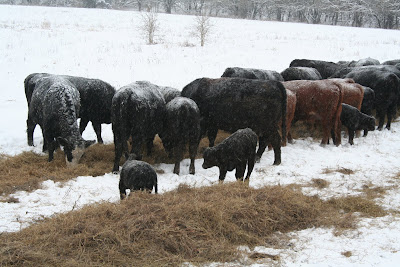 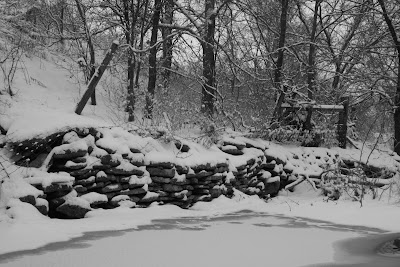 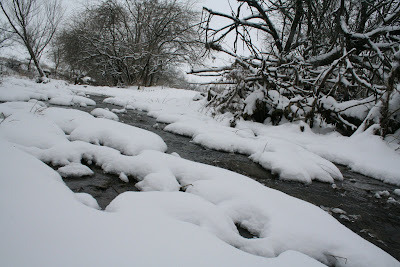 It's great to see the creek still running in a few spots.....this means we don't have to cut ice 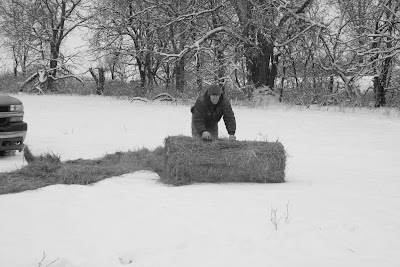 Caleb rolling out a bale while I was off takin' pictures. 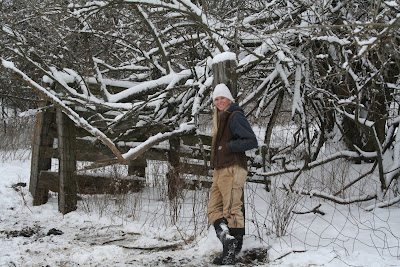 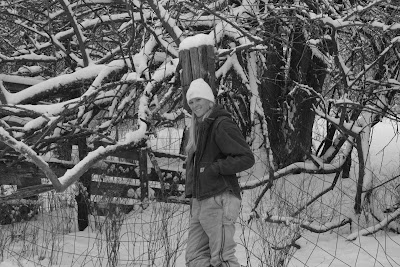 I made Caleb take some pics of me while we were out there....cause I never get pics taken of me 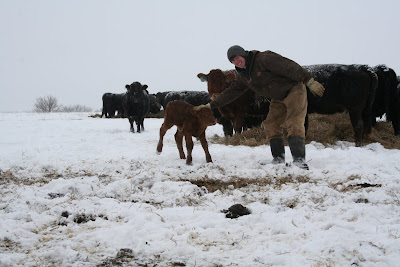 This was our newest baby that just came running up to Caleb.....his momma is crippled and she is running after him.....it's probably a good thing she is crippled cause I don't think she liked the idea of Caleb petting her baby. 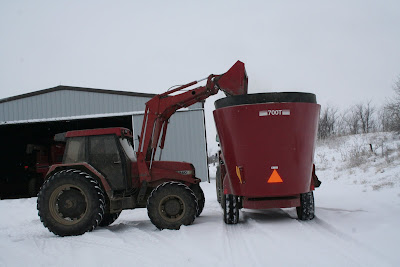 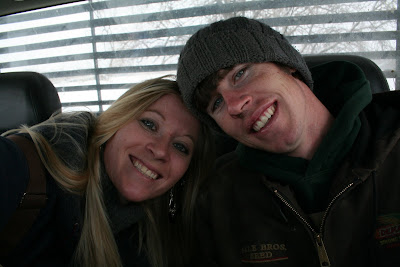 Here we are waiting for Calvin to come and pull us out cause Caleb got stuck trying to get a bale...once again.....he underestimates the snow drifts that he is running into... 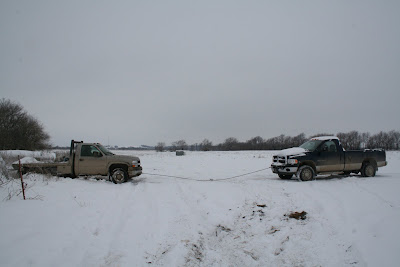 I'm pretty sure Calvin should open a towing service, cause every time it snows Caleb gets stuck and like clock work Pop gets stuck at the same time and Calvin ends up pulling everybody out. 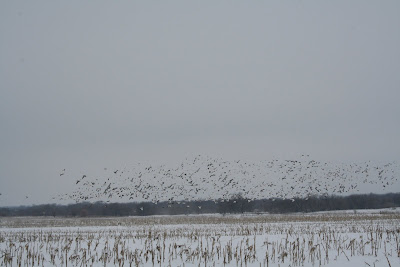 Since all the ponds are frozen over the geese and ducks are all hanging out on the old corn fields....there were probably 4-500 snow geese on this field. 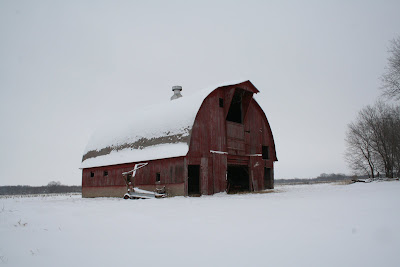 Snow does add some beauty to the wonderful outdoors....but I will be happy when it all melts away and the flowers are back!!

Posted by Janet Phillips at 9:02 PM